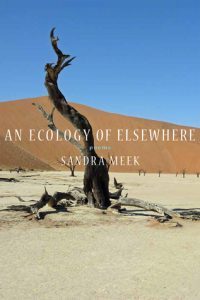 By Robin Becker
From the Winter 2017 Issue

What gives a poem with political content its force? How does a poet use lyrical tools—in a book-length narrative—to critique powerful institutions when those very institutions seem too large and unwieldy to describe? In their new poetry collections, two contemporary women invite readers to consider their approaches to these questions.

Water—as a repository for the bodies of refugees who died seeking asylum—represents essential geography and metaphorical “eyewitness” to tragedy. In a series of poems titled to the sea, the poet establishes a recursive dialogue describing the disaster and imploring the reader. The transatlantic slave trade undergirds this sequence, creating a ghostly echo for poems that take up the 2013 drowning of three hundred Africans off the coast of Lampedusa. The following lines from one of the sea poems illustrate one form of direct address Girmay employs:

on which we rode, we touched

the brief pulse of your fluttering

your rage, your indifference

With the sea as backdrop and as all-embracing (and indifferent) image, the poet blurs boundaries of time and place, of living and dead. Four female characters named Luam speak in fifteen poems placed throughout the first seventy pages of the book. One Luam, kidnapped into slavery from Eritrea, lived in the early eighteenth century and, having died at nine, speaks from the grave as a child; the others, all thirty-six years old, live variously in Asmara, Eritrea, Umbertide, Italy, and New York City. Placed on different continents, the female characters create a global chorus on the Lampedusa tragedy as well as other journeys ending in catastrophe. In their final poem, they speak as one (the luams), of disruption, exile, and loss:

in the sea, your body

in the boat of hours, your

body in the road on

the news, there & here and there,

The phrasal and single-word repetition, the line turn separating adjective and noun, the disjunctive syntax—all contribute to the Luams’ experience of fracture and dispossession. The words there and here might serve as adverbs modifying find, but they double as nouns, evoking as burial site a “placeless” everywhere.

A third design element includes fifteen poems titled with quoted phrases (“strange earth, strange,” “you are going now” and others) which also serve as first lines. The narrator of these poems—presumably the “I” (Aracelis Girmay) identified in the introductory poem “elelegy”—speaks with tenderness of the familial and domestic. As in poems narrated by the “Luams,” this potent list poem emphasizes the body (“bodies”) of the beloved:

touching the ears of donkeys,

for cooking & for tea, hand for

The violent separation of siblings links several of these poems, a theme that allows Girmay to bring in mythology (Isis/Osiris) and history (Abram Petrovich Gannibal and his sister Lahan). The speaker of “& when it happens” concludes by speaking to the dead:

who slept in a different room

of a large house, but you

Knowledge and love inform this sequence, made more urgent by the omnipresent/absent second person:

Look! In other poems you are.

Making and delivering the tea,

fixing the bicycle, reading the map,

the bulb of light into its socket.

I cannot decide. Are the poems

brilliant for not letting you go?

Or misinformed? Or stupid?

Accident and misinformation link, by theme, the twelve poems of the book’s titular second section, “the black maria.” Motifs from one title poem (there are two) reference earlier poems and map the collection’s historical and spiritual terrain:

1600s: European ships heave fatly with the weight of black

flesh, black people, across the sea; the

them “the black maria.”

Misperception—of black bodies, black history, black geographic features—becomes the axis on which the collection turns. To our contemporary moment, the poet skillfully brings the dangers of “misidentification.”

If this is a poem about misseeing—Renisha McBride, Trayvon

then these are also three names of the black maria.

Naming, however kind, is always an act of estrangement.

To complete the design of her ambitious project, Girmay turns to recent “miscalculations” that led to the brutal deaths of black people in the United States and the Black Lives Matter movement. Many titles include the word Estrangement (“Third Estrangement, in Memory of Jonathan Ferrell,” “Fourth Estrangement, with a Petition for the Reunion of Jonathan and George Jackson,” and others), indicating a unified landscape of alienation, disaffection, hostility. Always enlarging her scope, Girmay recognizes miscalculations across time and culture, among them “Cannaregio / home of history’s first ghetto, / a Jewish ghetto.” The forcible enrolling of Native children in early nineteenth-century government boarding schools ghosts “Cooley High, Fifth Estrangement,” where the narrator recalls her mother’s decision to send her away:

In Chicago, my mother’s hometown,

the death toll climbs like a serpent up the red graph.

We are 2000 miles away but the deaths of black

kids everywhere are at her neck. So this is what

she chooses for me.

Estrangements also apply to language. Ironically, “Distance / in the name of opportunity” coexists alongside “Distance: my grief.” Piero della Francesca’s Madonna del Parto will give birth to a child “mixed / with earth & sea & distance.” An identity composed of contradictions—“I who thought I could not love / both Virgil and Lumumba . . .”—honors the prismatic selves within. A brilliant pair of poems, “Second Estrangement” and “Third Estrangement,” face each other in the book. Almost identical—except for a dedication, thirteen elided words, and the exchange of “strangers” for the word “angers”—the poems ratify the porous nature of identities.

The second title poem combines biographical material about black astrophysicist Neil deGrasse Tyson (b. 1958) with intimate meditations on the national crisis imperiling the speaker’s son and family members. Misidentification leads a white onlooker to call the police when she sees a black child carrying an object to the roof of a New York apartment building:

the boy on the roof of the Skyview lives

to tell the police that he is studying

long enough to offer them (the cops) a view

through his telescope’s long, black eye . . .

Girmay sets the vulnerable child who survives to become an accomplished scientist alongside Jonathan Jackson, dead at seventeen; her “Luams” manage their daily lives against the violent backdrop of exile and peril. The bedrock, moral questioning that infuses the black maria incorporates moon and sea as participants, and readers inhabit a new geography through Girmay’s visionary design.

Shrinking biodiversity, accelerating climate change, and state-sponsored suppression of indigenous people fuel Sandra Meek’s new collection, An Ecology of Elsewhere. A Peace Corps volunteer in Botswana twenty years ago, Meek entwines her knowledge of southern Africa’s natural history and colonial past. Many of these poems, set in Angola, Botswana, Namibia, and the Succulent Karoo (South Africa), originate in a meditation on a plant or animal. To emphasize the layers of social meanings embedded in words, Meek includes rich metaphor, scrupulous description, and taxonomic classification.

Each dropped branch an aspiration

you abandoned to survive

the terminal rosette of sun climbing

your forked crown as morning

again to enter that particular

With the phrase “an aspiration // you abandoned to survive,” Meek conjoins human and plant endeavors, much as Peter Wohlleben does in The Hidden Life of Trees: What They Feel, How They Communicate. (What we once called “anthropomorphism” scientists now challenge with new research on the social networks trees create.) Meek has a gift for paired words that subvert: “terminal rosette” and “forked crown” speak to the awful power of a giant desert icon succumbing to climate change. Another in this series, “Welwitschia mirabilis, Namib Desert,” chronicles aspects of Namibia’s environmental and social history in light of a plant believed to be a relic from the Jurassic period. Here, Meek considers the Angolan desert studded with landmines after Angola’s twenty-seven-year civil war:

and cold: history a spectral arc

so deeply dug, the desert’s pronged

with sand-shrouded tiaras, the antlered plates

of bounding mines; with blast mines

forged to the span of the human

Paired poems create additional patterns. In “Bryce Canyon” and “Zion,” Meek travels with her dying father to where, in the severe landscape, she sees their shared vulnerability:

To be this world’s child

is to be a hairline crack, a slot canyon orphaned

The phrase “orphaned // both of matter and light” conjures a child robbed of essential nutrition and elegantly evokes the geographical features of the narrow ravine. Similarly, “Acacia karoo Hayne (White Thorn)” and “Acacia eriloba (Camel Thorn)” frame the book’s four sections with menacing imagery. The former opens with these six lines:

retreat, your quills without ink, your needles

hollow; you are slow exhalations

of whistled breath, both cut

and seam, the noteless stems of music a girl

The withdrawal implicit in “monastery” and “retreat” emphasize the forbidding, as a girl cutting herself brings self-harm into the field of hazards. Still, Meek finds beauty in this fearsome, sere landscape and documents threatening changes: the displacement of indigenous people from traditional hunting land for government-sponsored game lodges; the pressure from the International Botanical Congress to “gift” an historically African name to an Australian plant.

In both Aracelis Girmay’s and Sandra Meek’s books, extensive notes on the poems help readers navigate histories with which they may not be familiar; I appreciated the information as well as their sources. Additionally, both poets bring complex understandings of political and social outcomes, noting multiple causes for flight/emigration and suppression of traditional cultures, and they weave their own lives into the stories they tell. Employing all senses, Girmay and Meek make a living canvas of the page and create vital poems for our troubled time.

Robin Becker’s new book of poems, The Black Bear Inside Me (University of Pittsburgh Press, 2018), appears in the Pitt Poetry Series. Her previous books with Pitt include Tiger Heron (2014), Domain of Perfect Affection (2006), All-American Girl (1996), The Horse Fair (2000), and Giacometti’s Dog (1990). Recent poems have appeared in the New York Times Magazine and the New Yorker. The Liberal Arts Research Professor Emeritus of English and Women’s Studies at Penn State, Becker serves as contributing and poetry editor for the Women’s Review of Books.