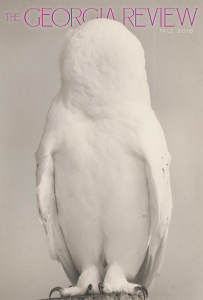 Cocktails with Vultures, or, A General Theory of Boredom

By David Gessner
From the Fall 2016 Issue